JEWISH REFUGEES
FROM THE
MIDDLE EAST

“The cruel displacement of 850,000 Jews who were born and grew up in their ancient communities in Arab lands... should be thoroughly researched by serious academics. ... To be able to reach a peaceful solution, the forced migration of Jews from Arab countries must be acknowledged as one of the tragedies of this long and painful conflict.” 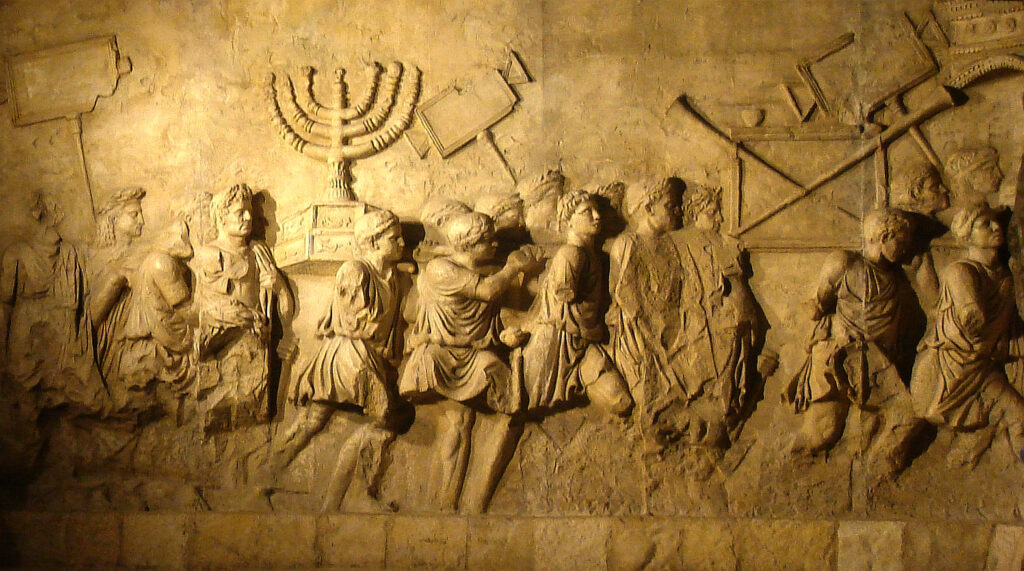 Jews: Indigenous to the Middle East

The Jewish people are indigenous to the Middle East. Jews have had a continuous presence in Israel and elsewhere in the region for over 3,000 years. The word “Judaism” is directly linked to the region of Israel called, in Hebrew, Yehudah (i.e., Judah). While the center of ancient Jewish life was in Israel, Diaspora communities developed in Babylon (Iraq), Damascus (Syria), Libya, Egypt, the Arabian Peninsula, and parts of the Roman Empire.

After Rome crushed Jewish revolts in 70 and 135 C.E. and destroyed Jerusalem, the Diaspora grew further. Rome renamed Judah, calling it Syria Palaestina to erase all traces of Jewish civilization. Jewish life continued in the northern part of the land for centuries despite Rome’s efforts, but eventually Jews became an oppressed minority in their ancestral home.

Some survivors were brought to Rome as slaves, forming the nucleus of European Jewry. Meanwhile, many Jews remained in the Middle East and came to be known as “Mizrahim” or “Easterners.” Though Jews everywhere have Middle Eastern roots, Mizrahi Jews are those who never left the region

In the seventh century C.E., Arab armies swept out of Arabia under the banner of a new religion, Islam, and conquered vast regions of the Middle East and North Africa. They came to rule over the Kurds, Jews, Amazigh, and other indigenous peoples. Over the centuries, through a process of colonization, these regions became known as the “Arab world.” After this colonization, Jews and Christians in the region were legally classified as dhimmis, an Arabic word meaning “protected person.” In return for this “protection,” Jews and Christians were expected to pay a special tax and act as an inferior, subject population.

Roots of Persecution and Expulsion of Jews from the Middle East

The expulsion of Jews from Arab states was not only an unjust and racist backlash against the reestablishment of Israel in 1948. Contrary to prevailing myths, Jews and Arabs did not always live in harmony for centuries. Jewish communities thrived during some times and in some places and produced some of Judaism’s most influential rabbis, scholars, and leaders. During other periods they suffered severe marginalization, discrimination, and even massacres, though not as often as Jews in Europe. Through it all, Jews were always secondclass citizens at best and brutally oppressed at worst. Their expulsion by Arab governments in the 20th century was rooted in this historic oppression.

19th–20th Centuries: End of Dhimmi Rules: During European colonial rule in the Middle East, dhimmi rules were mostly abolished. Jews began to participate fully in economic, political, and cultural life. They became lawyers, bankers, and civil servants and, in some cases, rose to high government office. However, this improved status also fueled resentment and hostility against Jews in some cases. 20th-Century Intolerance and Marginalization of Non-Arabs: Newly independent Arab states marginalized and suppressed the cultures of non-Arab and/or non-Muslim peoples like Copts, Assyrians, Kurds, and Amazighs.

The Destruction of Mizrahi Jews

In the mid-20th century, the twin forces of pan-Arab nationalism and political Islamism brought about the demise of Mizrahi Jewish communities. Today, fully 99 percent of these communities no longer exist. Before and after Israel declared independence in 1948, hostility toward Jews rose dramatically across the Middle East. Arab regimes, coordinated by the Arab League, enacted legislation denying human and civil rights to Jews. As a result of discrimination, violence, expulsion, and fear, 850,000 Mizrahi Jews became refugees, forced to leave everything behind.

The Influence of Nazism

Nazi Germany gained significant influence in the Middle East in the 1930s. The Muslim Brotherhood, founded in Egypt in 1928 and later subsidized by German funds, made anti-Jewish racism central to its ideology.

Palestinian Arab leader Haj Amin al-Husseini collaborated with Adolf Hitler during World War II and broadcast Nazi propaganda throughout the Arab world from a Berlin radio station. He hoped to bring the “Final Solution” to the Middle East, and his racist propaganda fueled more anti-Semitism in the Arab world.

Attempts to Suppress the Liberation of the Jewish People • 1947-1972

After 1,900 years of dispossession and oppression across Europe and the Middle East, the Jewish people started a liberation movement and worked to reestablish a Jewish state in their ancestral home. Unfortunately, Arab leaders refused to accept Jewish rights to self-determination. The Arab League (founded in 1945) not only launched a war to destroy Israel in 1948 but also enacted discriminatory laws against Jews living in Arab countries..

The Iraqi Jewish community was one of the world’s oldest. In 586 B.C.E., the Babylonian Empire conquered Judah and destroyed Jerusalem. Most Jews were exiled to Babylon (Iraq).

About 50 years later, Babylon was conquered by the Persians, whose ruler, Cyrus the Great, decided to free all exiled peoples. Many Jews returned to Judah to rebuild Jerusalem and reestablish Jewish sovereignty, but some remained.

After Rome destroyed Jerusalem in 70 C.E., Jewish life shifted to the Galilee and to Babylon. Babylonian Jews produced many great scholars whose influence on Judaism endures to this day. By the 20th century, about 150,000 Jews lived in Iraq and played a vital role in shaping the country following its independence in 1932.

In 1933 the Nazis took power in Germany. Key Iraqi Arab nationalists, seeking an anti-British ally, contacted German intelligence. Nazi propaganda soon appeared in Baghdad, influencing Iraqi government policies. In 1934 scores of Jews were fired from positions in Iraq’s government, and antiJewish quotas were introduced in universities and the civil service.

In 1941 pro-Nazi Iraqi officers, known as the “Golden Square,” overthrew Iraq’s government with significant popular support. From June 1 to June 2, 1941, inspired by anti-Jewish broadcasts, thousands of Iraqis armed themselves and attacked Jews in Baghdad and Basra, killing hundreds and wounding 2,000. A mass grave for 600 Jewish bodies was dug.

In 1948 the Iraqi government passed a series of racist laws depriving Jews of their livelihoods. Many Jews began to flee, and in 1951 Israel launched Operations Ezra and Nehemiah to help them escape. About 120,000 to 130,000 Iraqi Jews were airlifted to the Jewish state. As they left, Iraq stripped them of their citizenship and confiscated their property.

Today, no Jews remain in Iraq. Their ethnic cleansing is complete.

In 1937 there were 63,500 Jews in Egypt—a place where Jewish communities existed since Biblical times. In the 1940s, the rise of Egyptian nationalism contributed to a rise in anti-Semitism. In 1945, riots erupted—ten Jews were killed; 350 injured, and numerous Jewish institutions were torched.

Between June and November 1948, the government engaged in violence and repressive measures. A series of bombings killed more than 70 Jews and wounded nearly 200. Rioting over the next few months resulted in many more Jewish deaths. Two thousand Jews were arrested, and many had their property confiscated.

By 1957 the Jewish population of Egypt was only 15,000. After the 1967 Six-Day War, Egypt renewed its persecution, and the community dropped to 2,500. By the 1970s, after the remaining Jews were given permission to leave the country, the community dwindled to only a few families.

Pre-1948: In 1948 almost 1 million Jews lived in Arab-Muslim lands. Jews are an indigenous Middle Eastern people who lived across the region since before the founding of Islam. Baghdad was 40 percent Jewish in the early 20th century. Post-1948: These Jewish communities were destroyed. Jews were stripped of citizenship and, in most cases, dispossessed of their property. Approximately 650,000 Jewish refugees went back to their homeland in Israel, where they and their descendants became the majority of Israel’s population and an integral part of Israeli society. Another 200,000 fled to the West. Palestinian and Jewish Refugees Compared: In 1948 between 472,000 and 750,000 Palestinian Arabs became refugees from Israel, a number roughly equivalent to the number of Jewish refugees. While a small minority of Palestinian Arab refugees were driven out by Israeli forces, the vast majority fled on their own, to escape the war zone created by Arab states. About 165,000 of them stayed, became equal citizens in Israel, and now make up approximately 20 percent of the population. If Arab leaders had chosen compromise over war, there would have been no Palestinian refugees. On the other hand, Jewish refugees from Arab countries fled primarily because of the active oppression they were subjected to by Arab governments. The other key differences between these refugee crises is that the UN set up a special agency—UNRWA—to assist the Palestinians and has passed over 100 resolutions about their plight. UNRWA still operates today. In stark contrast, Jewish refugees have received little recognition and no help from the UN. Today, 99 percent of Jews have been ethnically cleansed from Arab and Muslim countries.

We were stripped of our Egyptian nationality, which we had through five generations. Our personal assets—bank accounts, homes, etc.—were also confiscated, and we were told never to return.

The history and rights of Jewish refugees must be recognized. Although they were ultimately absorbed in Israel and Western nations, the injustice they
suffered must be addressed. They were displaced; their vibrant, rich cultures destroyed. Israel designated November 30 as the memorial day for Jewish refugees from Arab states and has begun raising awareness through events at the UN.

Why is the Jewish refugee issue so critical?
Too many people view the Middle East conflict through a distorted lens. They are unaware of the suffering of Jews forced from their centuries-old communities in the Middle East and North Africa. Today, there is growing recognition that there is a moral and legal imperative for the rights of Jewish
refugees to be placed on the international agenda

Why are Jewish refugees a key to peace and reconciliation? At least half the Jewish population of Israel is composed of Jewish refugees from Arab countries and their descendants. The vast majority do not want to return to the lands where they suffered intolerable persecution and violence. What they do want is for the international community to recognize their plight and integrate full compensation for lost property in any final Middle East peace agreement. The assets lost by Jewish refugees are estimated to be 50 percent more than the assets lost by Palestinians

Resources on Jews from Arab Countries

Point of No Return at
www.jewishrefugees.blogspot.com

Justice for Jews from Arab Countries at www.justiceforjews.com

JIMENA (Jews Indigenous to the Middle East and North Africa) at www.jimena.org 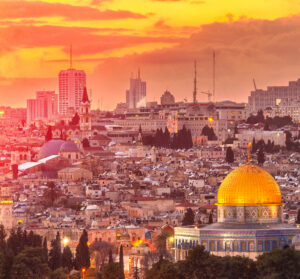 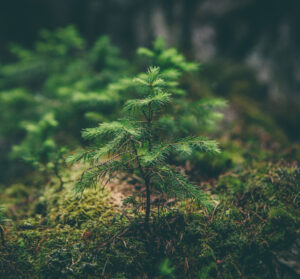