If you want one simple word to symbolize all of Jewish history, that word would be Jerusalem. 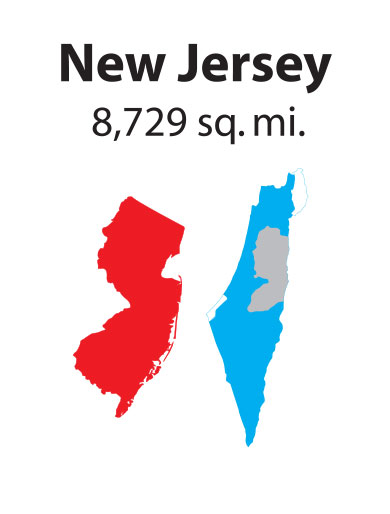 It is a nation of indigenous people who overcame 1,900 years of oppression to achieve freedom in their ancestral home. Despite their flaws and challenges, Israelis find countless ways to make the world a better place.

Continuous Jewish Presence in the Land of Israel

Jews are indigenous to Israel and have maintained a continuous presence for over 3,000 years according to archeological, biblical, and historical record.

Zion is an age-old name for Jerusalem and the land of Israel. Zionism is the liberation movement of the Jewish people who sought to restore their freedom and independence in their ancestral homeland. Theodor Herzl founded the modern Zionist movement in 1897, but the dream of restoration and return had always been at the core of Judaism and Jewish identity. Jews always returned when they could and have been the majority in Jerusalem since the mid-1800s.[1]

“Jews prefer being prisoners in Jerusalem to enjoying the freedom they could acquire elsewhere. …The love of the Jews for the Holy Land which they lost…is unbelievable.”

–Jesuit Father Michael Naud on his pilgrimage to the Holy Land,1674

“Who can challenge the rights of the Jews in Palestine? Good Lord, historically it is really your country.”

“The Greeks and the Romans… are gone; other people have sprung up and held their torch high for a time but it burned out…the Jews saw them all, survived them all… all things are mortal but the Jew; all other forces passed, but he remains. What is the secret of his immortality?”

In the mid-1800s, a new energy seized the Jews living in Israel, then called “Palestine.”* With help from philanthropists like Sir Moses Montefiore and donations from ordinary Jews around the world, Jews branched out from their cities and began purchasing land and building farms, villages, and schools. By 1854, Jews were the largest religious group in Jerusalem; by 1870, they were once again the majority of the city’s population.

* Palestine was the name given to the region when the Romans conquered the over 1,000-year-old Jewish nation of Judea in the first century.

The 1948 War led to a tragic refugee crisis. While 160,000 Arabs accepted Israel’s invitation to stay in what became Israel and become Israeli citizens, up to 750,000 fled. This happened for several reasons:

Tens of millions of refugees from other war-torn areas in the world during this period resettled in other countries. However, neighboring Arab states, with the exception of Jordan, would not resettle the Palestinian Arabs despite their shared history, language, and religion. Instead, Arab governments confined them in refugee camps and neighborhoods, refused them citizenship, and then used their plight as a political weapon against Israel.

“The Arab nations do not want to solve the Arab refugee problem. They want to keep it an open sore, as an affront against the UN and as a weapon against Israel.”

“Since 1948 Arab leaders…have used the Palestine people for selfish political purposes. This is… criminal.” —

All the Arab countries want to keep this problem looking like an open wound.”

—Ana Liria-Franch, regional representative in Cairo for the UN High Commissioner for Refugees, 2003 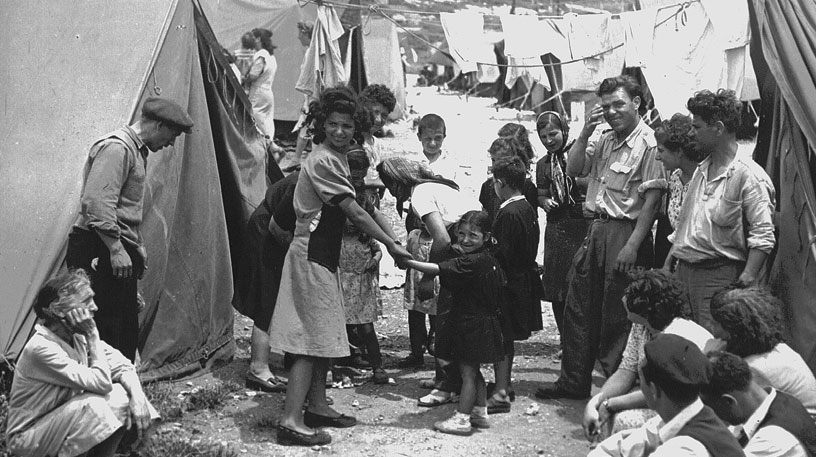 After Israel’s rebirth in 1948, over 850,000 Jews fled the rising persecution or were expelled from Arab and Muslim lands. They became homeless even though some of their communities were over 2,000 years old. A fledgling country of approximately 650,000 inhabitants, Israel nonetheless began absorbing not only survivors of the Holocaust but also Jews fleeing from Arab countries.

In the wake of the 1948 war, over 850,000 Jews were forced to leave Arab countries where Jews had lived for two millennia.

• There was no security barrier along the West Bank prior to the violence of the second intifada, when suicide bombers could simply walk into Israel and murder civilians in the streets.

• Construction of the barrier began in 2002. It is 97 percent barrier and 3 percent wall. The hardships it causes for Palestinian civilians are the unfortunate result of the terrorism Israel faced and continues to face.

• There are many countries that have security barriers, including Northern Ireland, India, Thailand, Kuwait, Cyprus, and South Korea.

• Iranian leaders call for Israel to be “wiped off the map,” are developing ballistic missiles, and are strongly suspected of continuing to have nuclear ambitions.

• Iran- and Qatar-supported proxies Hamas and Hezbollah are building larger military arsenals that threaten Israel from the north and south.

The Hamas Charter Is Violent and Racist:

“Israel will exist and will continue to exist until Islam will obliterate it, just as it obliterated others before it.”

When Israel left Gaza, Hamas was elected the new governing party. The founding document of Hamas calls for the destruction of Israel and the murder of Jews. (You can read the translation of the charter online.) As long as this remains the guiding document for Hamas or the Palestinian leadership, the dream of peace remains impossible.

Unfortunately Palestinian leaders are still teaching racism and violence to children in mosques and schools and on TV, and jihad against Israel is still promoted.* For there to be peace in the Middle East, peace must be taught.

Historically, there has never been a Palestinian Arab state or sovereignty over the West Bank, Gaza, or Israel. The first autonomous Palestinian government, the Palestinian Authority (PA), was created in the 1993 Oslo Accords. Today the PA governs 95 to 98 percent of the Palestinian population in the West Bank. Israel has repeatedly offered to give up parts of the ancient Jewish homeland, where Jews have had a continuous presence for millennia, for the sake of peace and facilitating Palestinian self-determination. Unfortunately, Palestinian leaders have rejected every offer and refused to recognize that the Jewish people have the same rights.

Most Palestinians in the West Bank live in built-up cities and towns like Ramallah, Nablus, and Tulkarm.

Israelis in the West Bank

• After Israel captured the West Bank from Jordan in 1967, Jordan refused Israel’s offer to exchange much of the land for peace.

• Israelis built West Bank settlements to make the rest of their territory harder to attack, go back to where their families and ancestors had lived before being expelled, and other reasons. The area, also known as Judea and Samaria, is the cradle of Jewish civilization.

• Eighty percent of Israeli settlers live in communities located close to the line between Israel and the West Bank. The rest live further away.

• Settlements remain a controversial issue inside and outside of Israel.

• The LGBTQ community has won protections against discrimination.

• Education is encouraged equally for both men and women.

• Fifty-three percent of women are in the workforce, similar to the percentage in the U.S.

• Israel is a democratic country that guarantees free speech and assembly as well as fair and open trials.

• Countless Israelis dedicate their lives to promoting social and economic justice in their country.

• In 1948, the 160,000 Palestinian Arabs who remained within Israel’s borders became citizens of Israel.

• Three Israeli Arabs were elected to the first Knesset, and there were 15 Israeli Arab members of Knesset in 2020.

• Israel set up the first advanced field hospital in earthquake-ravaged Haiti, provided assistance to Hurricane victims in Puerto Rico, and saved the lives of thousands of Syrian refugees.

• Israel’s Save A Child’s Heart (SACH) is the largest program in the world for children from poor nations who need heart surgery.

• Israel was one of the few countries that took in Vietnamese refugees in the late 1970s.

Israel’s Innovations– Did You Know?

• Israel has the second-highest per capita rate of university degrees, following Canada.

• Next to Silicon Valley, Israel has the highest concentration of high-tech companies in the world.

• Israel has the third-largest number of NASDAQ-listed companies in the world, behind the U.S. and China.

• The Pentium 4 microprocessor for desktop computers

• The Centrino processor for laptop computers

Number of Countries by Religious Majority 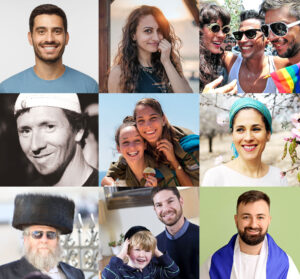