Over 3,000 years ago an indigenous people developed a thriving civilization and culture in their ancestral homeland. Over time they were conquered by a series of aggressive foreign empires, and while some of the people stayed in their cities and communities, most of them scattered across Europe, the Middle East, Africa, and Asia. Although they flourished at times, for 1,900 years they lived as an oppressed minority, suffering expulsions, massacres, and ultimately genocide. They barely survived but never lost hope. They overcame. They started a liberation movement, went back home to join those who were already there, and built one of the most inspiring and diverse nations the world has ever seen.

That nation is Israel, and this is the story of its people. 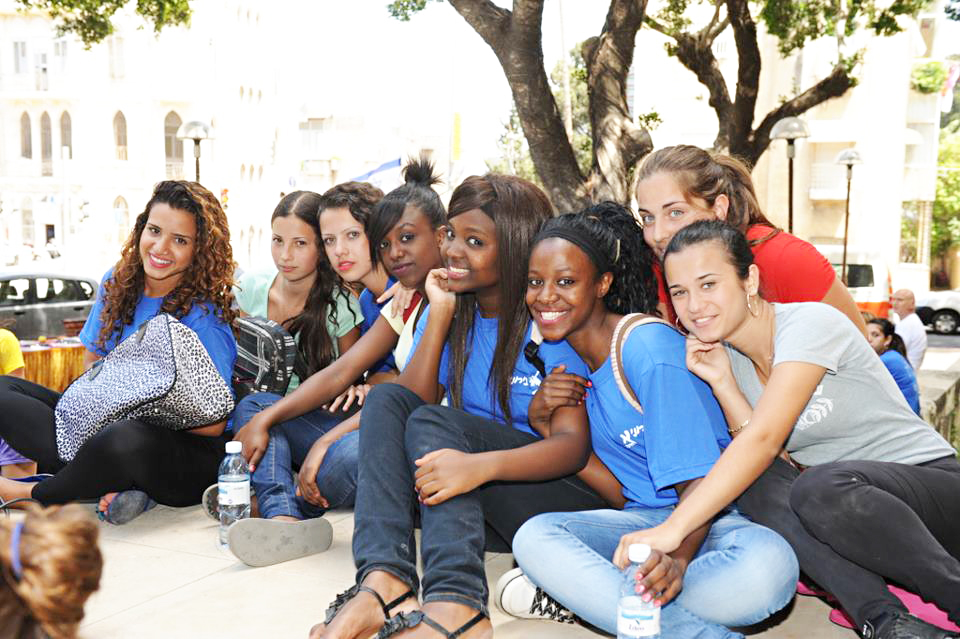 Reestablished as the national homeland of the Jewish people, Israel’s population includes Jews of many religious identities and from many different parts of the Jewish Diaspora.

• Seventy-five percent of Israelis are Jewish. They come from widely diverse ethnic, racial, and cultural backgrounds and from all branches of Judaism. • About 67 percent of the Jewish population describes itself as secular or traditional. Nineteen percent are religious or ultra-Orthodox Jews. • The majority of Israel’s Jews returned to their ancestral homeland from across the Middle East, Africa, and Asia. Most of them fled from Arab countries. • Roughly 135,000 Jews of Ethiopian descent call Israel home. • At the end of a long struggle for the right to emigrate, over 1 million Jews from the former Soviet Union moved to Israel in the 1990s. 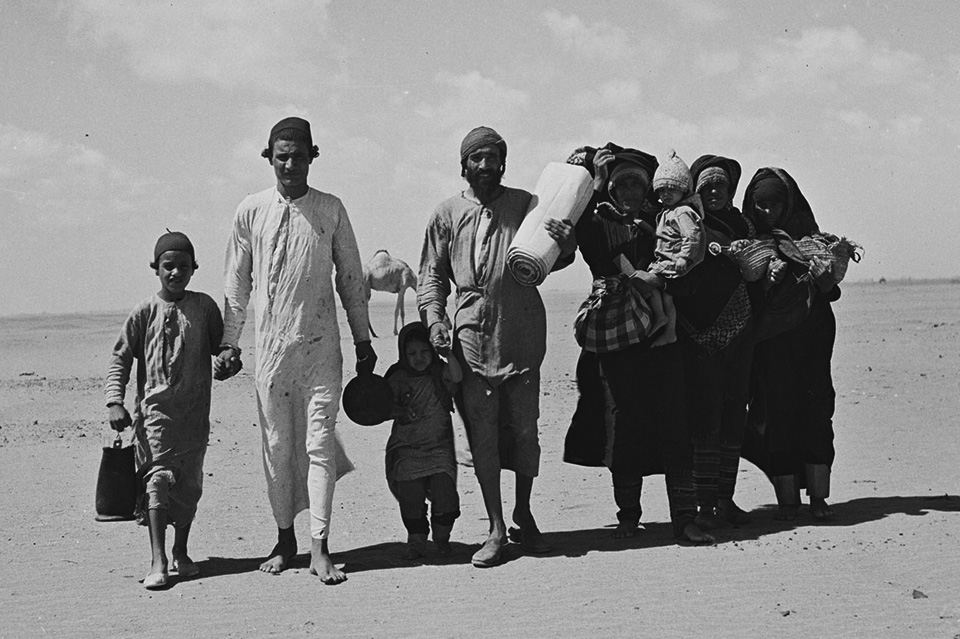 Return From the Diaspora

With the development of Zionism as a liberation movement in the late 1800s and Israel’s independence in 1948, many Jews went back to their ancestral homeland.

• From 1882 to1972 nearly 2 million Jews returned to Israel, joining those who were already there. They were driven mainly by Zionism and the brutal oppression they faced across the world. • At first the majority came from Europe, hoping to rebuild their homeland, with a smaller number coming from Yemen and elsewhere. • After the Holocaust and rising persecution in Arab states, massive numbers of Jewish refugees flooded into Israel from Europe and the Middle East. • The refugees struggled in Israel’s early years—particularly Mizrahi Jews who faced discrimination from those who came via Europe. • While challenges remain to this day, Mizrahi Jews have become an integral part of Israeli culture, politics, and society. 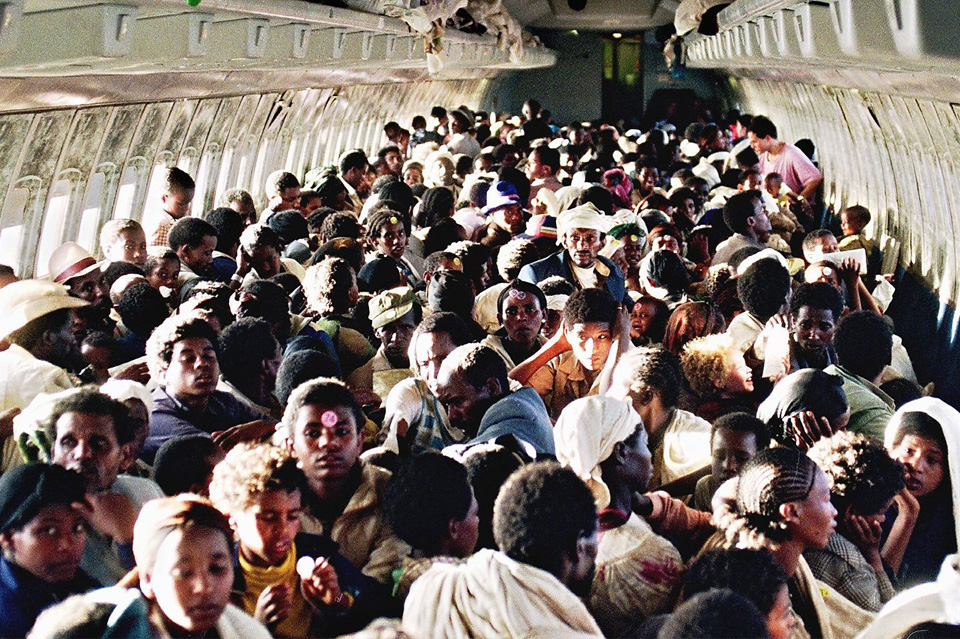 Facing oppression and war, many Jews began escaping from Ethiopia to Israel in the 1980s.

• From 1985 to 2013 Israel brought in over 80,000 Ethiopian Jews. Some were airlifted to Israel, while others risked their lives walking through the desert. • Today there are over 150,000 Ethiopian Israelis. Integration has been difficult, especially for older generations adjusting to a new language and life in an industrialized country. • While discrimination and other challenges remain, Ethiopians are gaining education and jobs at much higher rates than before. For example, from 2000 to 2013 employment rates nearly doubled among Ethiopian women, and now stand at roughly 70 percent. • Sigd—a traditional Ethiopian Jewish holiday—has been officially recognized by Israel. In part, it is a celebration of Ethiopian Jews returning to Jerusalem 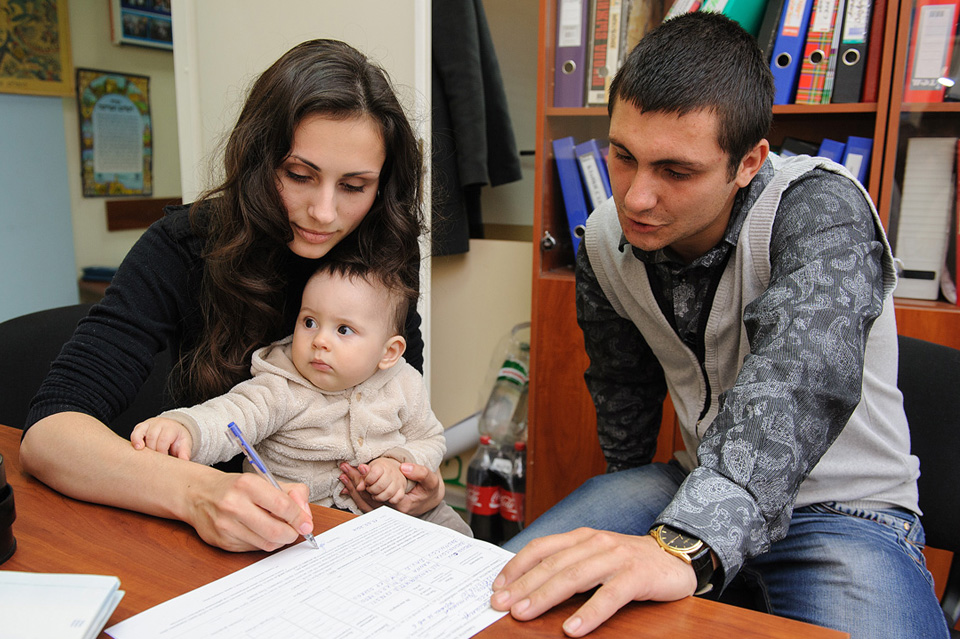 Jews suffered brutal discrimination in Czarist Russia and the Soviet Union. They moved to Israel in waves, seeking a better and safer future.

• The biggest wave of Russian Jews came to Israel in the 1990s, after the Soviet Union collapsed and could no longer force them to stay. • Most of the world’s Russian Jews now live in Israel, making up nearly 15 percent of its total population. • Many Russian Jews came in with a very high level of education and experience, but the influx of immigration made it difficult to find jobs initially. • Despite the adversity they faced, Russian Israelis have played a major role in their nation’s development as a world leader in technology and innovation. • While significant numbers of Russian Israelis face challenges with Israel’s religious establishment, they are almost fully integrated into Israeli society today.. 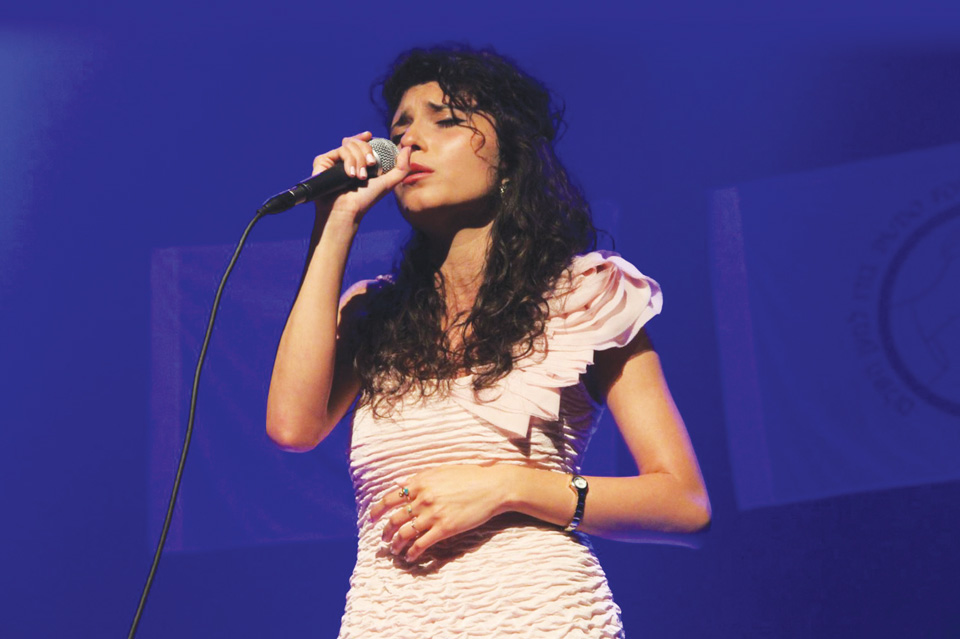 Israel’s Arab citizens are the largest minority group in the country and are active in all facets of Israeli life.

• Arabs have won as many as 15 of the 120 Knesset (Israel’s parliament) seats in a single election. • Israeli Bedouin Ismail Khaldi was appointed consul general in 2006 and ambassador to Eritrea in 2020. • From 2008 to 2018, the number of Arab PhD candidates in Israel nearly doubled. • The Arab Christian community leads Israel in academic achievement, outperforming Jews, Muslims, and all other religious groups. • In 2011 Israeli Arab Supreme Court Justice Salim Joubran convicted former Israeli President Moshe Katsav of misconduct. In 2015 Joubran administered Israel’s national elections as head of the Elections Committee. • Although Arab citizens experience discrimination in Israeli society, there are many people in the government and thriving NGO sector who dedicate their lives to making the country more just and equitable for all.

Israel is a dynamic, modern, democratic nation in which citizens of all political beliefs are represented.

• Israel’s Knesset (legislature) has been composed of 12 separate parties, with platforms from all sides of the political spectrum. • With dozens of newspapers in many languages, Israel has a free and open press, which facilitates constant debate about politics and other societal issues. • The Supreme Court of Israel is an independent and equal branch of government, where all government decisions can be challenged. • Israel’s prime minister, the head of government, is typically selected from the party that wins the largest number of parliament seats. Israel’s president, the head of state, is selected by the Knesset to perform a largely ceremonial role. 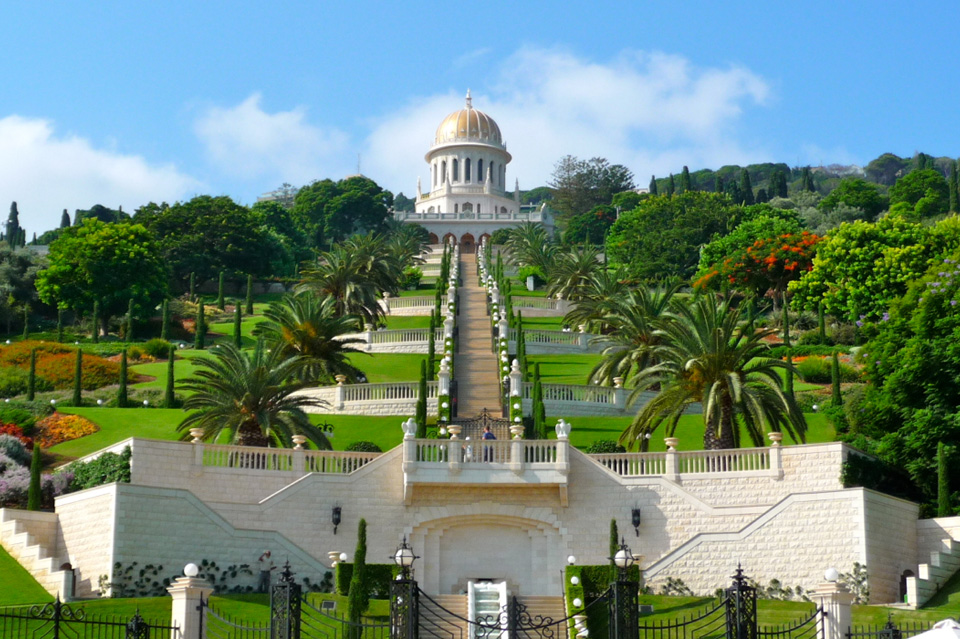 Israel is home to many religious minorities and guarantees their right to practice their faith and administer their internal affairs.

• There are almost 2 million non-Jews in Israel–making up about 25 percent of Israel’s population. • Israel officially recognizes 15 distinct religious groups. Each religious community regulates its own rules about marriage, divorce, and wills. • Christians in Israel increased in number from 34,000 in 1948 to 177,000 in 2019. Israel is the only Middle Eastern country where the Christian population has grown in the last half century. • The Israeli city of Haifa is home to the Baha’i world headquarters. The Baha’i Faith is an independent religion that arose in Persia in the mid-19th century. 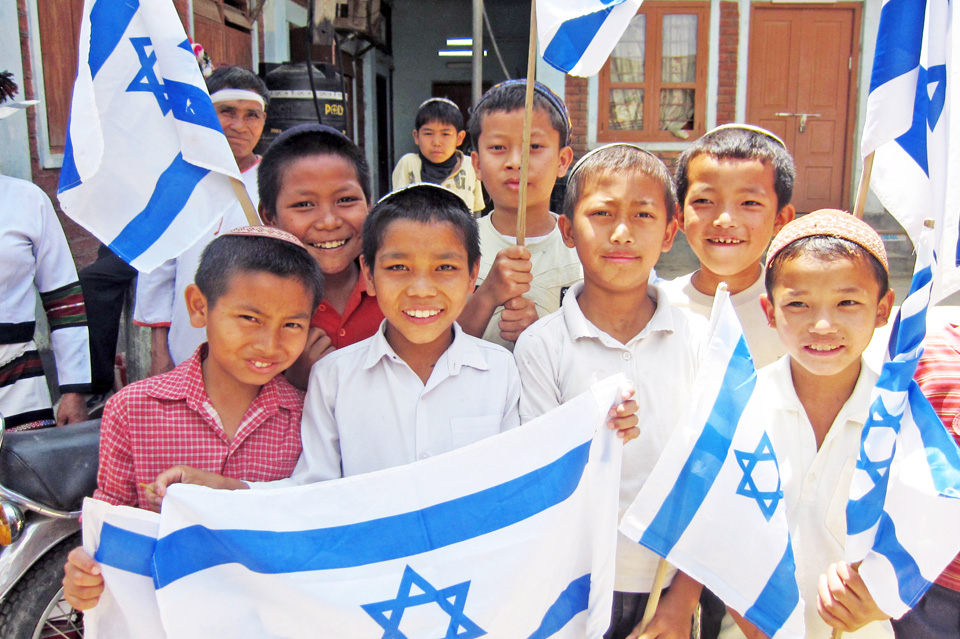 As a refuge from discrimination, Israel remains committed to ensuring equality among its diverse communities.

• People from over 70 countries have made Israel their home since its founding in 1948. • Fourteen percent of Israelis are Arab Muslims, and 7 percent are Christian, Druze, and Bedouin. • In 1977 Israel granted asylum to 400 Vietnamese boat people fleeing oppression. Israel has also accepted Liberian and Sudanese refugees. • Israel is home to 4,000 Circassians, a non-Arab, predominantly Sunni Muslim people who were forced from their homeland in the 19th century. • About 210,000 Bedouin, an Arab nomadic people, reside in Israel. With the educational opportunities offered in Israel, illiteracy rates among Bedouins have fallen a remarkable 70 percent within a generation. 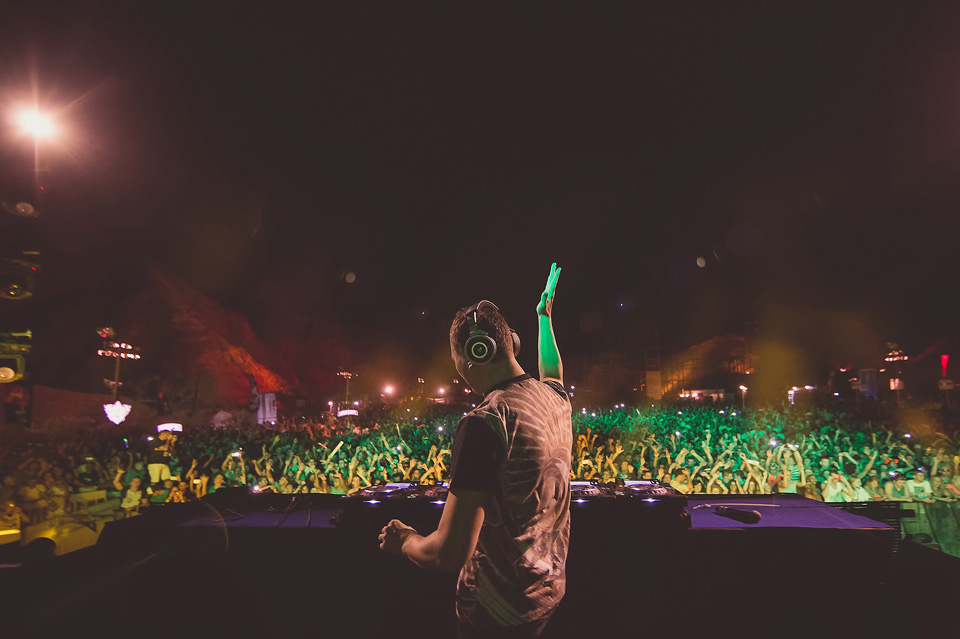 • From the Israel Philharmonic (founded in 1936 by professional musicians escaping the rise of fascism in Europe) to Mizrahi music created by Jews returning from the Arab world, to world famous Israeli DJs, music has been a uniting factor for Israelis of every background. • Israel’s first art school, the Bezalel Academy of Art in Jerusalem, was founded in 1906. Israel also has more museums per capita than any other country in the world. • Israel has ten film schools and seven international film festivals. More than 2.5 million people every year enjoy Israeli-made films. Between 2007 and 2012 our Israeli films were nominated for Academy Awards. 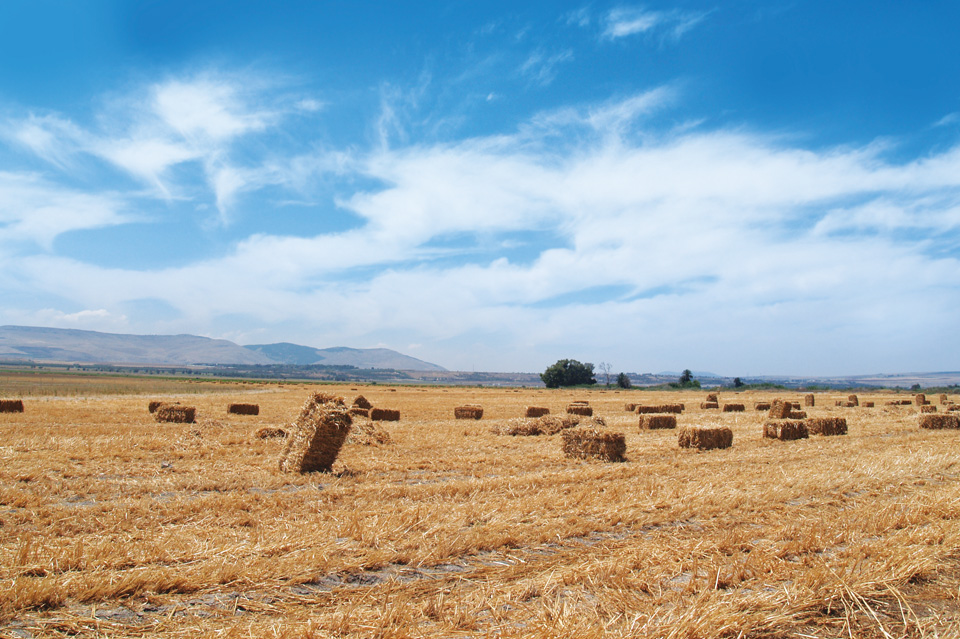 Israel’s modern way of life balances the early Jewish pioneers’ dedication to communal living and respect for the land with a love of entrepreneurship and cutting-edge innovations.

• Kibbutzim are the communal farms that grew out of Labor Zionist ideology, attracting Jewish pioneers with an interest in socioeconomic equality and “making the desert bloom” through manual labor. Kibbutzim practice direct democracy and traditionally own all property collectively. There are around 270 such communities still operating in Israel today, and they are home to about eight percent of Israel’s citizens. • In 2020, 80 Israeli companies were listed on the U.S. NASDAQ stock exchange, more than any other foreign country except for China. • Israel has more startup companies per capita than any other country. 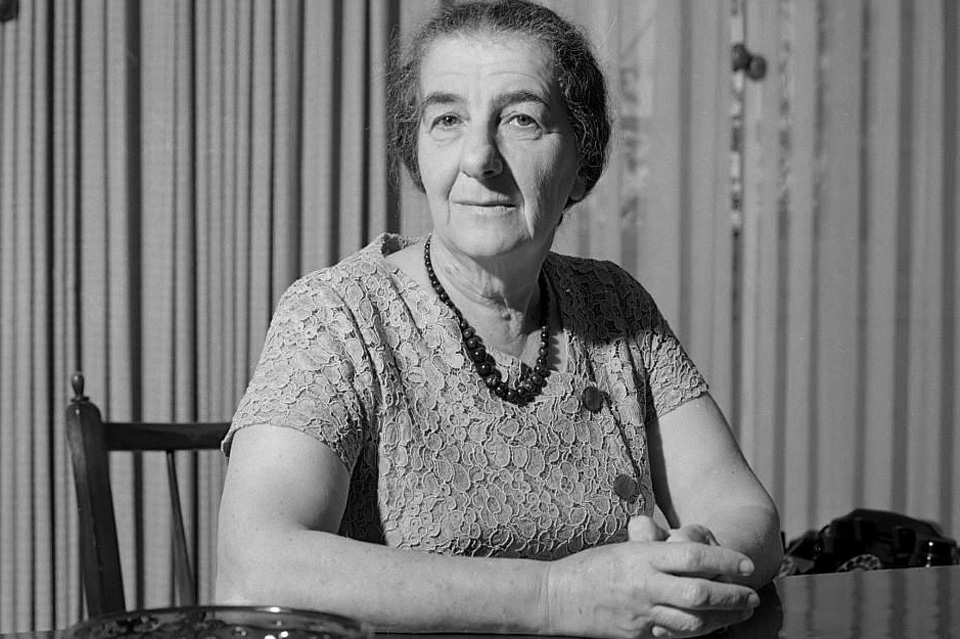 Since the founding of Israel in 1948, women have played a vital role in governing, developing, and protecting the nation.

• In 1969 Golda Meir became Israel’s first female prime minister, the third elected female leader of any country. • In 2018, 72 women ran for mayoral and municipal offices, rising dramatically from 2013 when 41 women ran for those positions. • Israeli women serve in all branches of the Israel Defense Forces, are eligible for conscription, and serve alongside men. • Women represent 47 percent of Israel’s labor force, a percentage similar to that of the United States.

Israel’s LGBTQ community has been able to fight for its rights and win.

• Israel has become a leader in LGBTQ rights—prohibiting workplace discrimination in 1992, allowing LGBTQ soldiers to serve openly in 1993, granting same-sex couples spousal benefits in 1994 and adoption rights in 2005, and recognizing same-sex marriages performed abroad in 2006. • Israel’s first drag queen, Dana International, took the country by storm in 1993 and won the Eurovision song competition in 1998. • LGBTQ organizations and community centers are active throughout Israel, continuing to advocate for LGBTQ rights. 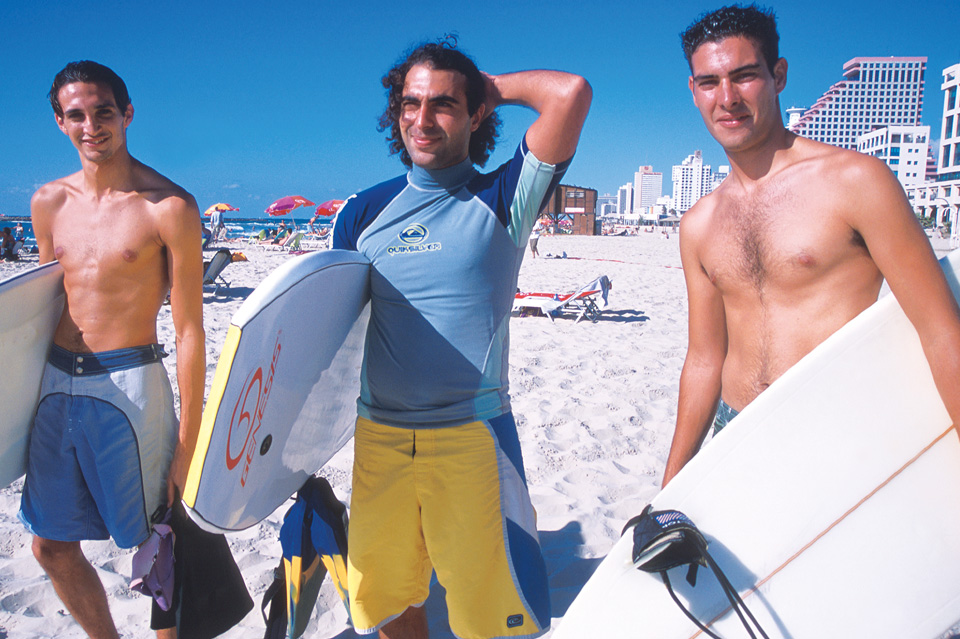 An energetic and cosmopolitan people, Israelis enjoy a wide variety of leisure activities.

• With Israel’s long and beautiful coastline, beach activities and water sports are popular pastimes. Israel has the highest number of qualified scuba divers per capita in the world. • From its nightclubs and concerts featuring internationally renowned DJs to its around-the-clock cafés, the city of Tel Aviv has earned its nickname, “the city that never stops.” • Sports fans have many popular teams to root for. One of the most successful, Maccabi Tel Aviv, boasts six European basketball championships. • Israelis love to spend time outdoors, hiking and biking in the country’s many protected national parks and nature reserves. In northern Israel skiing and snowboarding are popular sports. 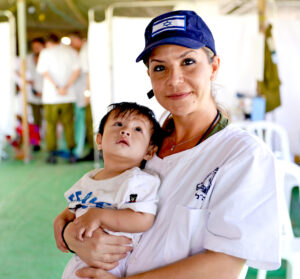 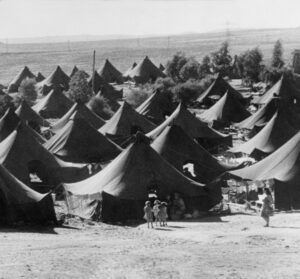 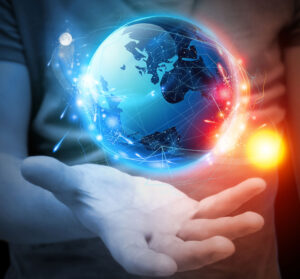